Gannon Ladies held their Miss Liberty Tournament a little late this year, as it got rained out in July.

Winning the title of Miss Liberty with a low net score of 61 was Denise Carney on a match of cards over Diana Brady who placed second. Third and Fourth place was also a tie between Cathy Thibeault and Mary Hunt with a net score of 64.

Team Miss Liberty was a three way tie and was won with a match of cards by Mary Hunt, Jay Varriano, Carol Mills and Dianne Reppucci with a low net score of 82.

Winning the Title of Miss Liberty 2014 is Denise Carney

Gannon Ladies Inner Club finished their last major tournament of the season, the two day Fall Ball. Day one was a Bramble pick your own partner.   Both partners drive then choose the best drive and hit their own ball into the hole from there and pick the best net score. Leaders after day one with a low net score of 58 was Pat Ryback and Laurie Lynch. Lynch and Ryback came back strong on day two with a 69 low net score to clinch the two day tournament win with a two day score of 127.

Second place with a 129 was partners Jane Fiste and Lorraine Mills.

Fourth place was a tie at 134 between partners Joyce Agganis and Patty Roderick and Diana Brady and Eloise Deveney. 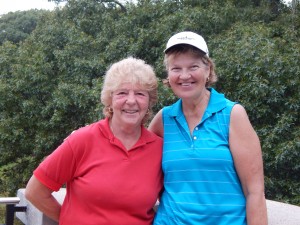